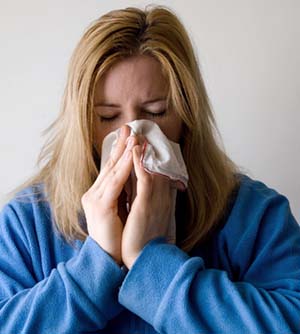 With the advent of the dangerous Avian Influenza H5N1 transferred by bird excrement and the like, people should know that Heat will inactivate the bird flu virus at 140°F/60°C and 30 minutes duration (United Nations Agricultural Department). Just like rodents, birds also infest homes, offices, and other commercial structures. We now have to consider that bird debris may be deadly. A crack or a hole as small as the size of a quarter will allow birds to penetrate and inhabit buildings.

Researchers at the Center for Disease Control and Prevention in Atlanta have discovered that one of the world’s most fatal pandemics—the 1918 Spanish Flu, was in fact a bird flu virus that directly infected humans.

In the early 1860s Louis Pasteur conducted tests that verified the germ theory and convinced most of Europe that it was factual. Pasteur discovered that microorganisms are susceptible to elevated temperatures and that all living organisms have a specific thermal death point. The process of heating food products to reduce bacteria to safe levels without damaging the food product became known as pasteurization.

A communicable disease is one that is both contagious and also which can be passed on indirectly (as by a fomite or vector). A fomite is a physical object that acts as an intermediary in the transmission of a disease from one person to another. For example, if you cough onto a door handle which another person then touches and then puts his contaminated hand in his mouth, the door handle has acted as a fomite. Viruses generally fall at one inch per hour and stay alive on a flat surface or fomite for hours.

Thermal pest eradication is a process developed and commercialized to disinfect buildings of molds, bacteria, aldehydes and allergens, insects and the like. This process, which was awarded the Best New Product in the Nation by the National Society of Professional Engineers, is the engineered application of convected heat to either a structure, a portion of a structure, or to its contents for the purpose of killing targeted organisms including viruses and decontaminating fomites to safe levels within that structure.

Thermal pest eradication could be used in health care facilities to decontaminate isolated portions of the facility which are dedicated to caring for patients infected with bird flu. From the New England Journal of Medicine we find that the spectrum of disease has been described in hospitalized patients. Generally, the incubation period has been between two to five days, but has ranged up to eight days after exposure (i.e., longer than other human viruses). What is known is that transmission of human influenza A occurs by of infectious droplets and droplet by direct contact, and by indirect (fomite) contact followed by self-inoculation of the respiratory tract and/or conjunctival mucosa.

The number of healthcare workers (HCW) having contact with H5N1-infected patients should be limited and these HCW should not care for non-infected patients. They should also be monitored for the development of fever. Health care workers that performed intubations during the SARS epidemic were the most likely to become infected. By treating the facilities with the thermal pest eradication process where interaction occurs between HCWs and patients, the number of infected HCWs may be reduced.

We developed the GreenTech Heat technology to be efficacious against all forms of insect pests. The technology has extensions into bacterial and viral remediation. Give us a call. We are ready to help or consult with any unique applications. 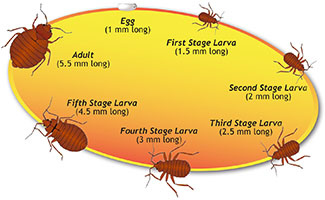 Your technical manual was worth the price of our entire Titan package. It has helped us with so many valuable techniques and procedures which has in turn helped our clients. We need more manuals because we’ve worn out the one that came with our package.

Restaurants use heat to eliminate bed bug infestations in their dining areas. In combination with boric acid, heat also effectively kills cockroaches throughout a restaurant. Our equipment will kill bugs and black widows with thermal remediation.